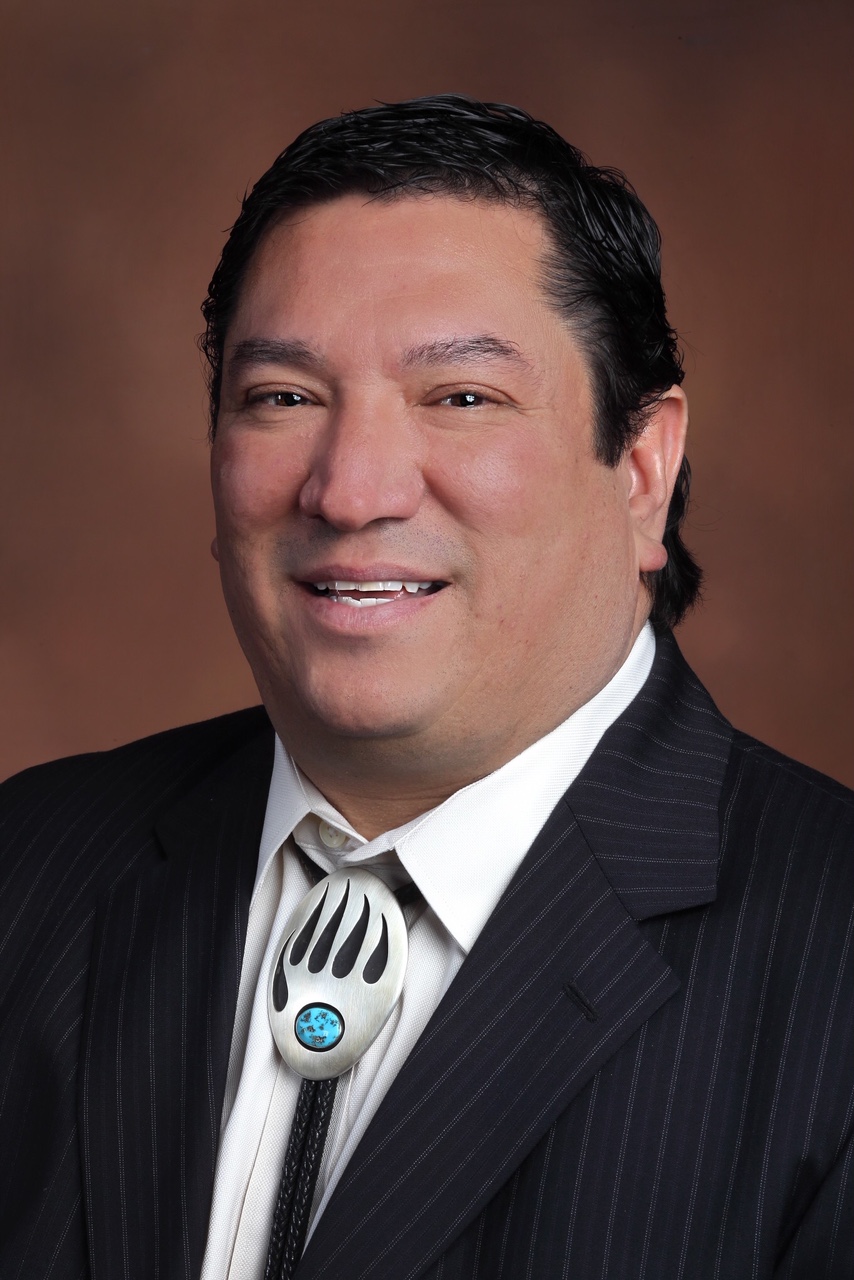 Governor Reggie Wassana was sworn into office as the 4th Cheyenne and Arapaho Tribes Governor on January 8, 2018. Raised in the Weatherford, OK on his grandparent’s original allotment, Governor Wassana’s parents were Truman and Rose (YellowEagle) Wassana and grandparents were Susie (Pratt) and Chester Wassana, Leonard and Lena Abbie (Big Bear) YellowEagle. He has one son, Christian.

Governor Wassana’s leadership has taken productive strides in his first year. The tribes have seen record breaking gaming revenue and new programs and initiatives have been implemented. He is committed to healing and moving the tribes forward together. Governor Wassana has a Business Administration degree from Southwestern Oklahoma State University.