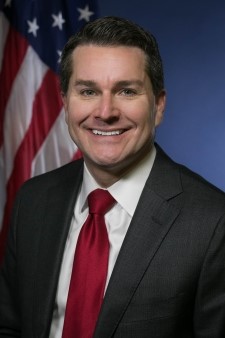 The Honorable Trent Shores was sworn in as United States Attorney for the Northern District of Oklahoma on September 22, 2017. As the United States Attorney, Mr. Shores is the chief federal law enforcement officer responsible for all federal criminal prosecutions and civil litigation involving the United States in the Northern District of Oklahoma, an area covering eleven counties and including thirteen federally recognized Indian tribes. He leads a staff of more than fifty-five attorneys and support personnel to accomplish this mission.

On November 13, 2017, Attorney General Jeff Sessions appointed Mr. Shores to the Attorney General’s Advisory Committee, a select group of United States Attorneys who provide advice and counsel directly to the Attorney General on matters of policy, procedure, and management. Mr. Shores was also appointed as Chair of the Native American Issues Subcommittee, a group of United States Attorneys charged with the developing and guiding national policy for Indian Country justice. Mr. Shores also serves as on the Tribal Issues Advisory Group, an ad hoc advisory group to the United States Sentencing Commission, as well as a member of the Attorney General’s Management, People, and Performance Subcommittee and the Victim and Community Issues Working Group. In March 2019, he was selected as Co-chair of the Presidential Task Force on Protecting Native American Children in the Indian Health Services System.

His leadership and vision have earned Mr. Shores recognition from the Tulsa World as one of 2018’s People to Watch and by the Tulsa Business and Legal News as a 2015 Man of Distinction.

Prior to his appointment as United States Attorney, Mr. Shores served as an Assistant United States Attorney in the Northern District of Oklahoma from 2007 through 2017. He prosecuted human trafficking and child exploitation crimes, international organized crime, and public corruption. He also served as the National Security Cyber Specialist and worked closely with the Joint Terrorism Task Force to investigate and prosecute cybercrimes and domestic terrorism.

In 2015, Mr. Shores served as Oklahoma First Assistant Attorney General. As a top advisor to Oklahoma’s Attorney General, Mr. Shores championed public safety measures to reduce violent crime, fought public corruption, and protected the interests of the State of Oklahoma and its citizens.

Previously, Mr. Shores served as the Deputy Director of the Department of Justice’s Office of Tribal Justice in Washington, D.C., where he addressed a diverse array of criminal and civil legal issues facing Native Americans and Alaska Natives. He represented the United States at the United Nations and Organization of American States, where he negotiated declarations pertaining to the rights of indigenous peoples and advocated for the recognition of basic human rights for indigenous people worldwide. Before joining the Department of Justice, Mr. Shores served in the administration of Oklahoma Governor Frank Keating.

Mr. Shores graduated with a degree in political science from Vanderbilt University and received his Juris Doctor from the University of Oklahoma. He is a graduate of Leadership Tulsa Class 56. Mr. Shores is a citizen of the Choctaw Nation of Oklahoma and resides in Tulsa, Oklahoma, with his wife, Caitlin.