McBride has more than two decades of experience and chairs Crowe & Dunlevy’s Indian Law & Gaming practice group. He has been recognized by Chambers USA in Band 1 for Native American law and as a Star Individual. McBride has also been named in Oklahoma Super Lawyers for Indian law, gaming, political law and business litigation. He is recognized by Best Lawyers in America for Native American and gaming law and is A-V rated by Martindale-Hubbell. 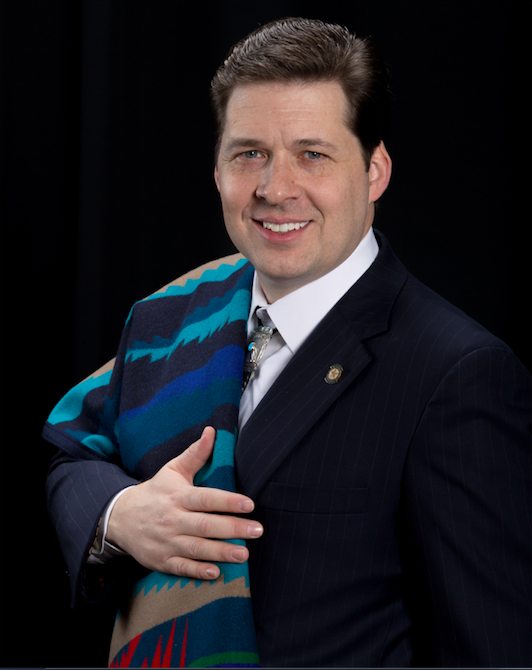 In 2018 Jett was recognized by the Native American Finance Officers Association (NAFOA) as Executive of the Year.

In 2016, Jett was appointed by the President of the United States as the Native American Tribal Representative for the U.S. Department of the Treasury’s CDFI Fund’s Community Development Advisory Board. He was elected to serve as the Chairman of the Board by fellow Presidential appointees. Jett was elected to the Board of Directors of the Opportunity Finance Network in 2014 and is currently serving his second term. Jett also serves on the Advisory Board for the American Indian Chamber of Commerce of Oklahoma (AICCO) and is a member.

Jett earned his Bachelors from the Oklahoma Baptist University and holds a certificate in Legislative Leadership from Harvard’s Kennedy School of Government. Jett is currently enrolled in the prestigious ABA Stonier Graduate School of Banking and the Wharton School.

Jett is serving his 11th year as an officer in the United States Navy Reserve.

Shane was chosen to serve as a member of Community Development Advisory Board which advises the Director of the Community Development Financial Institutions Fund on policies regarding the activities of the U.S. Department of Treasury CDFI Fund.  He is the Chairman and the Native American Tribal Representative

He is a member of the Board of Directors for Opportunity Finance Network and on the Advisory Board for the American Indian Chamber of Commerce of Oklahoma.

Shane and his wife, Ana are proud parents of their three daughters. 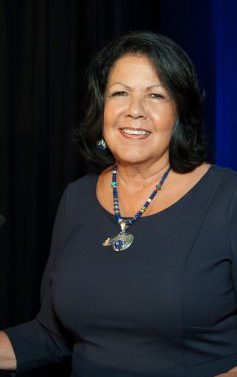 VaRene Martin is an enrolled citizen of Thlopthlocco Tribal Town, Mvskoke (Creek) Nation. VaRene serves on the board of the Native American Finance Officers Association (NAFOA) as the 1st Vice President and Director of Tribal & Corporate Relations. She acts as Tribal Advisor  for FS Advisors in a business development capacity. She serves as an advisory board member to the American Indian Chamber of Commerce of California, the American Indian Chamber of Commerce of Oklahoma, a member of and Co-Chair of the National Congress of American Indian’s (NCAI) Economic Development, Finance, and Employment Subcommittee and served on the board for the San Diego American Indian Health Center.

She attended Oklahoma State University, and holds California Life Insurance, NASD Series 65 and previously held Series 6, Series 7, and Series 63 licenses. She has over 30 years’ experience in the financial and investment industries including managerial positions with emphasis on institutional sales focusing on public funds and Native American marketing efforts.

VaRene was recognized as one of the “Fifty Faces of Indian Country” by Indian Country Today Media Network and featured in Indigenous Post “The Annual Hot List”.