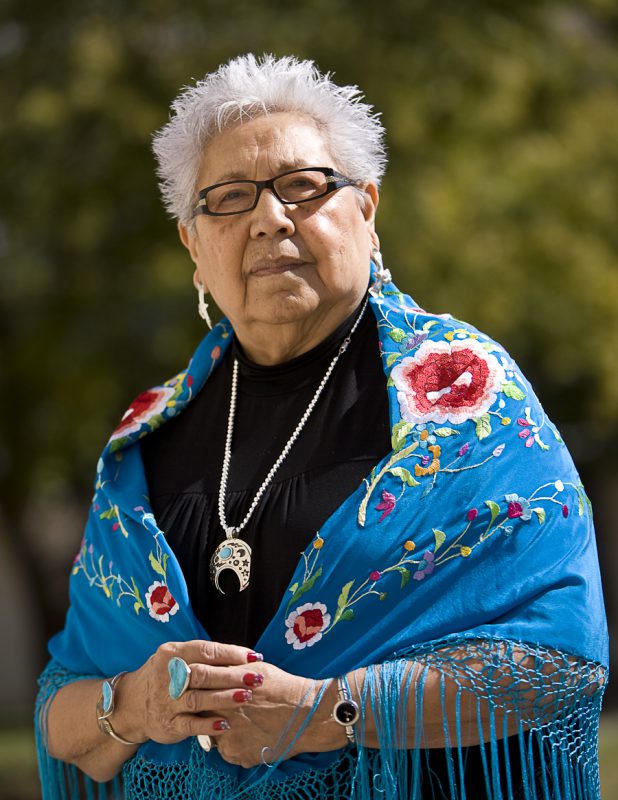 Dr. Henrietta Mann, Tsetsehestaestse (Cheyenne) became the founding President of the Cheyenne and Arapaho Tribal College in 2006. Prior to that in 2000, she became the first individual to occupy the Katz Endowed Chair in Native American Studies at MONTANA STATE UNIVERSITY, BOZEMAN, became Professor Emerita in 2003. She went on to serve as Special Assistant to the President for some thirteen years. Before that, she had gained tenure as the University of Montana, Missoula where she taught for the greater part of twenty-eight years.

In 1991, Rolling Stone Magazine named Dr. Mann as one of the ten leading professors in the nation. In 2008 she received the Lifetime Achievement Award from the National Indian Education Association. The College Board, Native American Student Advocacy Institute (NASAI) presented her with its first Lifetime Achievement Award in 2013, and has since created the Dr. Henrietta Mann Leadership Award to acknowledge and thank leaders for their advocacy in improving lives within native communities.

In 2014 MONEY Magazine named her a MONEY Hero Award Winner, one of 50 Unsung Heroes/50 States, conferred for her extraordinary work with the Cheyenne and Arapaho Tribal College in improving the financial well-being of others. Dr. Mann holds an Honorary Doctorate in Humane Letters from Smith College in Massachusetts, and was one of first two Native American educational scholars ever elected to membership in the National Academy of Education.