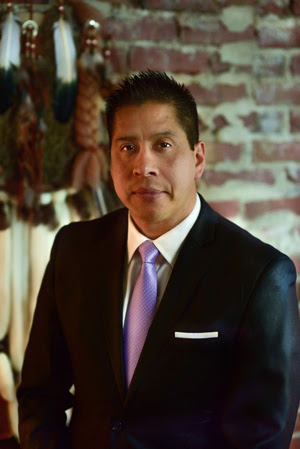 Bailey Walker, President of the American Indian Chamber of Commerce of Oklahoma.

Over the past decade, Walker says Indian Country has seen an unprecedented number of new, Native American-owned businesses created within the state, fueled by friendly financing resources and proactive campaigns by the chamber.

Sure, the pandemic has been a setback for them, just as it has hindered small businesses across the country. But Walker sees plenty of potential for post-pandemic growth as the chamber works to resume networking programs in 2021.

Walker, a citizen of the Chickasaw Nation, said the American Indian Chamber is not just for Native Americans. The statewide organization has grown to about 300 members, and they include African American, Hispanic, and Asian-owned businesses. There are also several member businesses owned by women.

“Everyone who wants to connect and help build those bridges is welcome,” Walker said.

Walker, who also is a small business owner, joined the chamber’s leadership in 2013. He became president in 2018, when he left his previous post, helping the Chickasaw Nation cultivate business relationships with hundreds of minority-owned vendors.

He says many of those vendors have followed him to the chamber to share in the benefits of an increasing network of connections that extend to all of Oklahoma’s 39 Native American tribes and to members of the Oklahoma Legislature.

“We hope to be a conduit of networking that connects small businesses with the Legislature, working to educate lawmakers and decision-makers at the state Capitol,” he said.

“We are also working with other states and Canada to make connections and create new opportunities,” Walker said. “It’s not just a state concern to grow business. It’s also in the national interest.”

Meanwhile, Walker said the chamber is proactively engaged in a business startup recruitment effort that creates business opportunities and benefits such as business-to-business networking, higher visibility, and greater credibility in Indian Country. The chamber also offers members discounts and a voice through the organization’s government advocacy program.

As a result of the effort, the chamber is picking up a handful of new members each month.

“We are growing pretty quickly, and it’s safe to say we are alive and well through this difficult pandemic.”

Among other programs, the chamber sponsors a large networking convention called “The Gathering,” which was canceled in 2020 because of COVID-19. This year, Walker is hoping to restart the event.

The chamber also is establishing Leadership Native Oklahoma, a program established to create a support network that includes some of state’s top tribal leadership.

“It’s another way to create continuity and to connect businesses and let leaders and tribes share what they are looking for in business,” he said. “We try to create a circle of resources and education through tribal leaders and other business leaders in Oklahoma.”

“The program gives members an audience with people they don’t get to visit with all the time.”